Iconic textile manufacturers AW Hainsworth are proud supporters of emerging fashion talent, working closely with UK Universities and their students since launching into the fashion market in 2014. This year the premium woollen mill is set to launch a multi-university live brief, in which students at four Northern-based universities will compete to be named Hainsworth Young Designer of the Year.

Hainsworth have developed a number of successful live briefs over the years, as well as creating and presenting awards at the prestigious New Designers exhibition. This year sees the development of their biggest student project to date, with four different Universities working on one design brief set by Hainsworth. The brief, titled Respect the Past, Create the Future, tasks students with creating a fashion garment that celebrates innovation whilst respecting Hainsworth’s rich heritage.

Hainsworth cloth is probably the most iconic in British history. Today gracing the catwalks of world renowned fashion houses, and worn by celebrities such as Harry Styles and the late Karl Lagerfeld, their premium woollen cloth has its roots firmly in British history.

Although a world away from today’s demands of high fashion, Hainsworth’s heritage is what has made its cloth the envy of woollen mills globally. Students must work to successfully blend cutting edge techniques to construct a garment that pushes boundaries whilst respecting Hainsworth’s deep rooted history and traditional woollen fabrics. 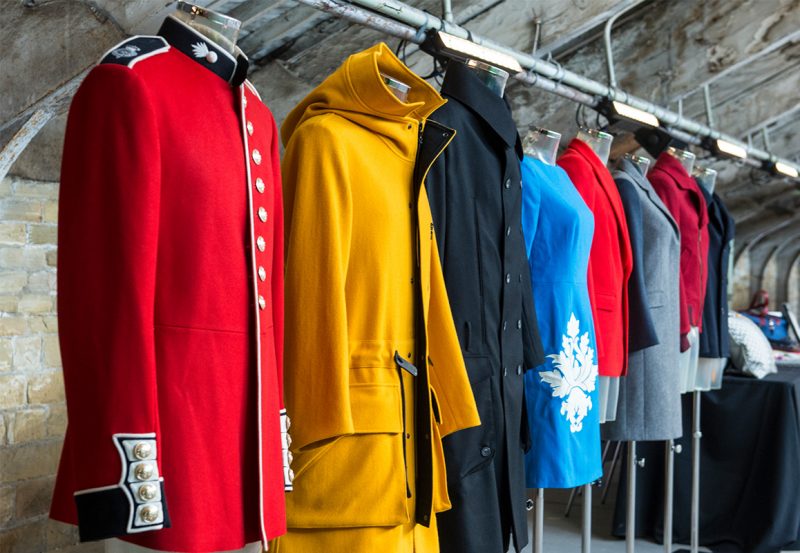 Throughout early 2020, Hainsworth will visit the competing universities to judge the garments and one winner from each university will be selected, each receiving a cash prize of £250. The four finalists will then be invited to the Hainsworth mill to showcase their garments, and the winner will be presented with the Hainsworth Young Designer of the Year award, winning a prize of £1,000.

Producing premium textiles on the same site in West Yorkshire since 1783, Hainsworth are extremely proud of their northern roots. With all four of the universities taking part based north of Manchester, it is hoped that the project will shine a spotlight on emerging fashion talent outside of London. The university courses involved are: